HBR Industries, Inc. Celebrates its 40th Anniversary
“Our greatest weakness lies in giving up. The most certain way to succeed is always to try just one more time.”   -Thomas A. Edison

HBR Industries is 40 years old and going strong!  Established in 1979 by Hendricus Bernardus Ryssemus and now led by his sons Mike and Karl, HBR is one of those pioneering local businesses that has played a critical role in the prototyping of new designs in the electrical and semi-conductor industry-a strong contributor to making Silicon Valley a powerhouse of world class design and innovation.

A veteran-owned business, HBR has for the past 30 years owned and occupied a 5000 square foot manufacturing facility at 2261-B Fortune Drive in San Jose,  Initially the business focused on commercial scale transformers and power supply but pivoted into critical energy management in semi-conductors.

Part of the "secret sauce" of HBR longevity is its location in North San Jose, within easy reach for the engineers and semi-conductor tooling businesses that drive the design and prototyping of world-leading new ideas and products.  Indeed, it is here that they secured a hard-won reputation as one of the leading tube bending and coil winding specialist able to manufacture intricate and highly complex designs using a variety of different materials and process stages such as plating 3D printing in addition to coiling. 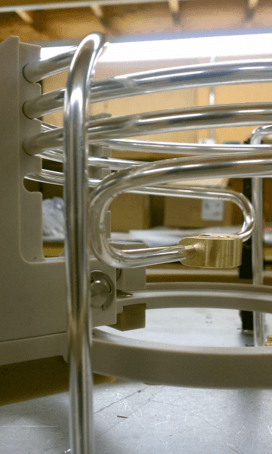 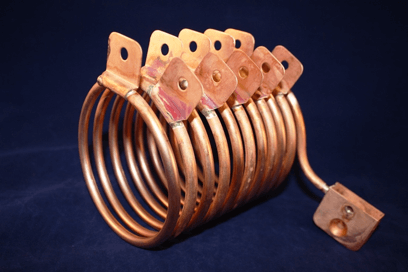 As  the business established itself, so the range of customers broadened to include the medical, aerospace and the military.  As the electric vehicle industry took off so did the demand for new services.  Their Ingenious coils have also been used to sterilize contaminated soil in situ, melt through the Antarctic ice all the way to bedrock.

In 2015 Tesla Motors contacted HBR Industries, Inc. with a unique request.  A critical replacement part for one o Tesla's induction welders was unavailable from any source, including the system's manufacturer.  As the part consisted of small, precisely bent square tubing.  Tesla wisely turned to the experts at HBR.  Renowned for this specialized knowledge and experience, HBR attracts customers from all over the world looking for personal fast prototyping and high-quality work.

HBR also caters for the so-called "tinkering" experts:  the person who wakes up one morning with a far-fetched idea.  HBR over the years has worked with many individuals to think through and create prototypes using new metals and materials.  Their ethos is their tagline: "Turning customer's designs into tangible products."

Ask how the business has remained at the top of its game, the answer is that family-run business look after its people in good times and bad.  This dedication to staff who acquire knowledge and applied skills brings out both the artist and the scientist in its workforce.